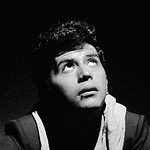 (December 24, 1992, Quito - Ecuador) Ecuadorian film director, studied audiovisual production and later studied filmmaking and performing arts. He is the director of the film "Proyecto Bullying" and has made 12 short films, 1 medium-length film, and more than 50 advertising videos. In 2019, he participated in the Marché Du Film at the Cannes Festival, BAM in Bogotá, and DocMontevideo TAL. Currently, he is working on his second film, as well as his practical theoretical acting text "the actions in abstractionisms".