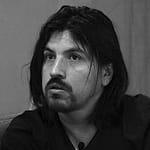 Advertiser and Writer. Creative Director, for over 15 years of ¡elé !, the most important magazine for kids in Ecuador and co-director of the animated short film Capitán Escudo; the first Ecuadorian superhero. In addition, he has directed and produced various television series for children for the public channel EcuadorTV. With the series Atrapasueños, he won the award for "Best Microprogram for Children in Latin America" of the TAL 2016 awards. He has also published several stories such as "The kingdom of the 4 gentlemen", "Bobuz, the monster that did not want to scare" and "DIFFERENT" published in 2019 by Kalandraka editorial (Spain).