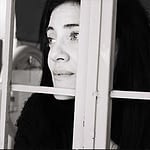 She is a theater, film and television actress, in comedy and drama. She has also dabbled in modeling, commercials and has been a TV presenter and event entertainer. She is the director and protagonist of the film Azulesturquesas (soon to be released). In the radio field, she has voiced for several radio soap operas, as well as voice over for television commercials. Currently, she is the presenter of the radio-theatrical project Doña Bergoña and her Mambembe.